A secular homeschool curriculum is one that is neutral and does not focus on any specific religion and does not promote sacred or spiritual beliefs. Although it seems that many people elect to teach their children at home for personal, religious convictions, there are some who have chosen to home school for other reasons, too. 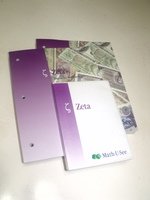 It may be necessary for a person to choose a non-religious home school program if they aren't interested in studying religion as a part of their school. This includes the parent who is atheistic or simply doesn't want to have any religious viewpoint found in their resources.

Sometimes, families also choose to study religion apart from their academic subjects so they might choose a secularized approach to learning. These families are interested in the academic merit of certain texts and prefer to teach religion as a separate unit of study with their family.

Additionally, some people adhere to such a distinct perspective that they would rather not have their viewpoint tainted by another's interpretation of Scriptures.

For instance, in Christianity, some are staunch believers that a woman's head must be covered during prayer while others, although Christian as well, do not adhere to that belief. Please, no stone throwing this is just what I have observed.

Okay, I will move on to the next topic.

Examples of Non-Religious Materials by Subject

As always, I started by looking on the many bookshelves within my own home. Here is a list of several titles I found:

English – Daily Grams, Explode the Code, and Alpha Phonics are great resources that are very thorough in teaching phonics, grammar, and early reading skills without any overt religious tones that I have used for many years

Math – Saxon Math, Math-U-See, and Modern Curriculum Press are great resources used by public and private, Christian schools because of their effectiveness in teaching math but they do not teach religious content within their pages

Preschool – I would strongly suggest finding terrific printable coloring pages, worksheets, and activities online after developing your own curriculum based on the World Book Course of Study

Below are two subjects that may require a more diligent effort on your part to locate materials to include in a secular homeschool curriculum program:

History – Usborne and Kingfisher Books, A History of U.S. by Joy Hakim, and Don't Know Much About History Series offer great information particularly for early and middle grade students

It had not occurred to me that some families were challenged to find suitable resources to teach their children at home. But, after some thought, I realized that libraries could be excellent places to find resources such as books, biographies, and other secular reference works.

Mainstream bookstores – those that are still available – would also be great places to find non-religious materials.

Also, online resources and websites could fulfill your need for secular homeschool curriculum.

If interested, another option would be to modify or omit portions of a Christian or faith-based resource to satisfy your desires.

Or, if teaching an older student you could challenge him/her to refute an idea expressed in a religious textbook that differed from yours.

Math-U-See, as an example appeals to both Christian and non-religious families. Their resources don't have offensive content and aren't overtly "religious."

If it is your desire to locate the appropriate resources for your family, you just have to start searching, because they're out there. 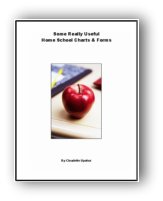 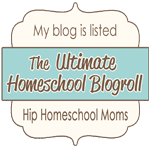